Embark on our Special Expedition Trips with us as we discover amazing places filled with wonder. Carefully curated to fulfil the broad spectrum of a scuba divers’ interests and offered only once a year, these three routes delivers you into some of the most pristine ecosystems in the world. Be prepared to experience the most beautiful dives through the most colourful of coral reefs, in some of the most remote locations in the Philippines only best accessible via liveaboard.  Come say hello to the many wonders of the Philippine Seas!

Join our Cebu-Anilao Transition trip and experience the most diverse diving cruise in Philippine waters! This trip has it all; from the best macro dives sites the country has to offer, to the densest reef ecosystem found anywhere in the world, to exploring the remotest islands in the archipelago and to special encounters with rare shark species; the Cebu-Anilao Transition route is a complete adventure package that will whet the appetite of even the most seasoned of divers. 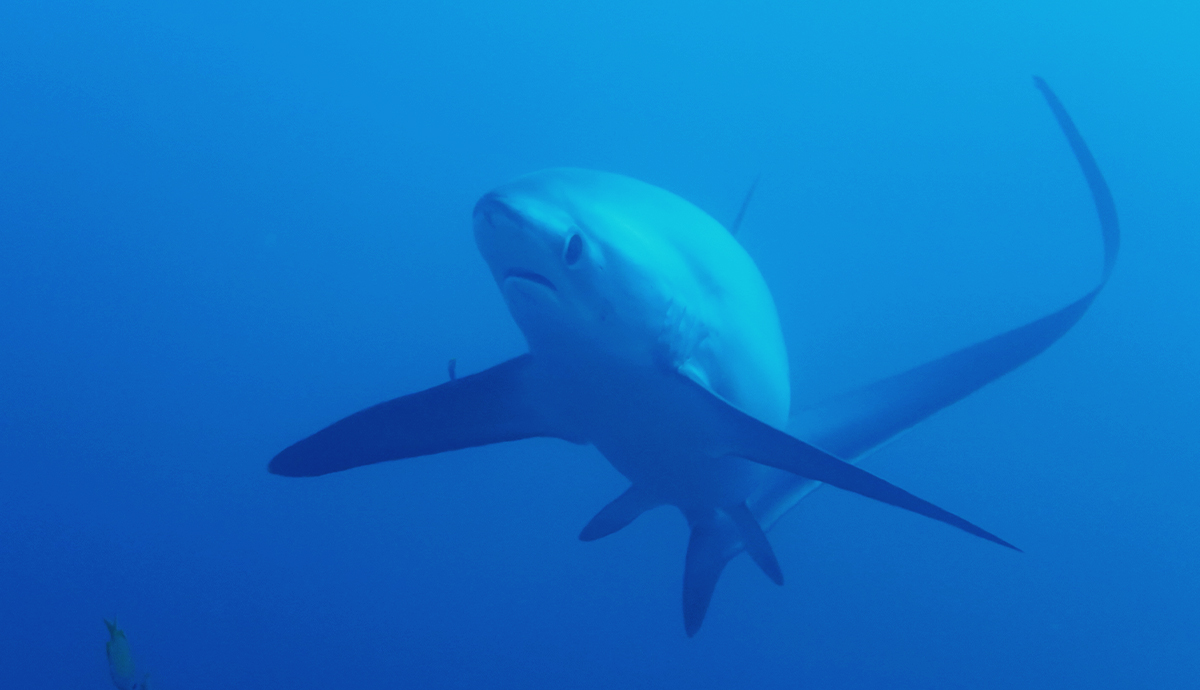 Starting off in embarkation point Mactan, the Big Sky Explorer cruises its way to the northern tip of Cebu to spend two full days exploring the waters of Malapascua. Here, divers are treated with the rare chance to witness thresher sharks getting cleaned on top of an underwater island, Monad Shoal. The experience is truly beyond words as one may also get the chance to witness oceanic mantas getting cleaned themselves, while squadrons of playful devil rays cruise above.

An hour or so away from Malapascua is Gato Island, a remote marine sanctuary complete with an abundance of pelagic and macro subjects. White tip reef sharks patrol in and around the island’s underwater tunnels, while a plethora of macro subjects including pygmy seahorses and ornate ghost pipefish, show themselves to the patient photographer. 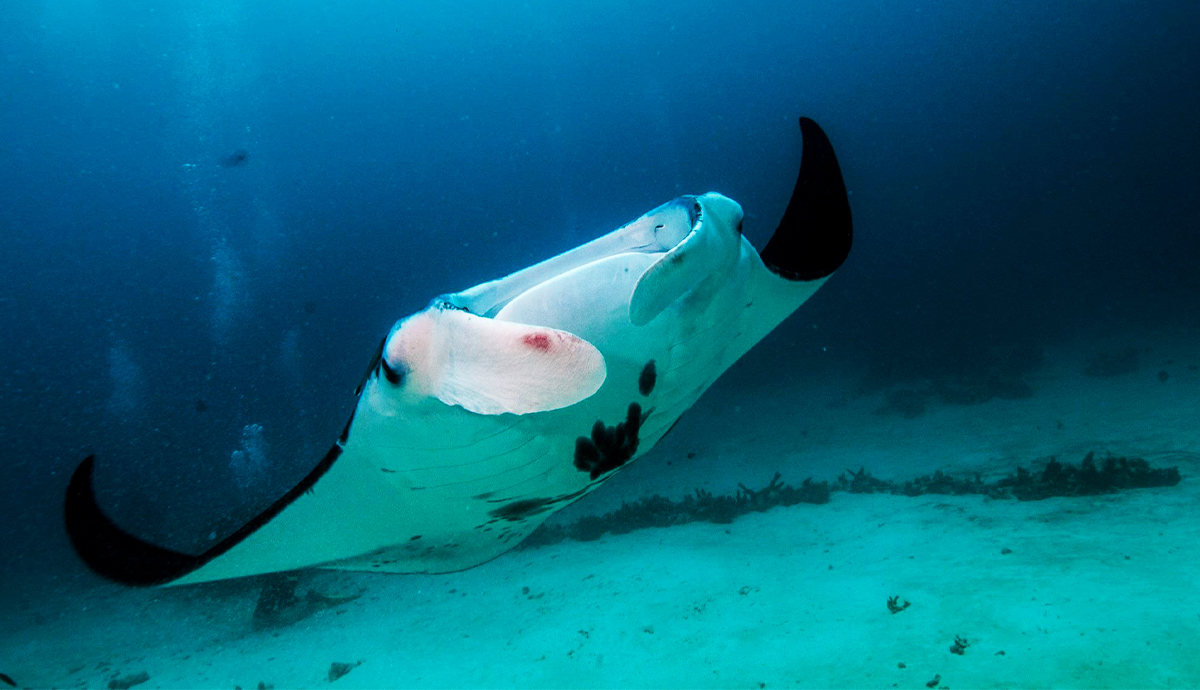 The cruise then moves forward to the remote and seldom visited islands of Masbate, where bigger pelagics such as whale sharks and manta rays are the top draw. Due to the high concentration of plankton around the area, manta rays and whale sharks find the waters of Masbate ideal for cleaning and feeding. Swarming schools of manta rays frequent the site aptly known as Manta Bowl in Ticao, while whale sharks migrate to Masbate’s waters between December to May. Hammerheads, thresher sharks, and other large pelagics are also often seen cruising around the area. 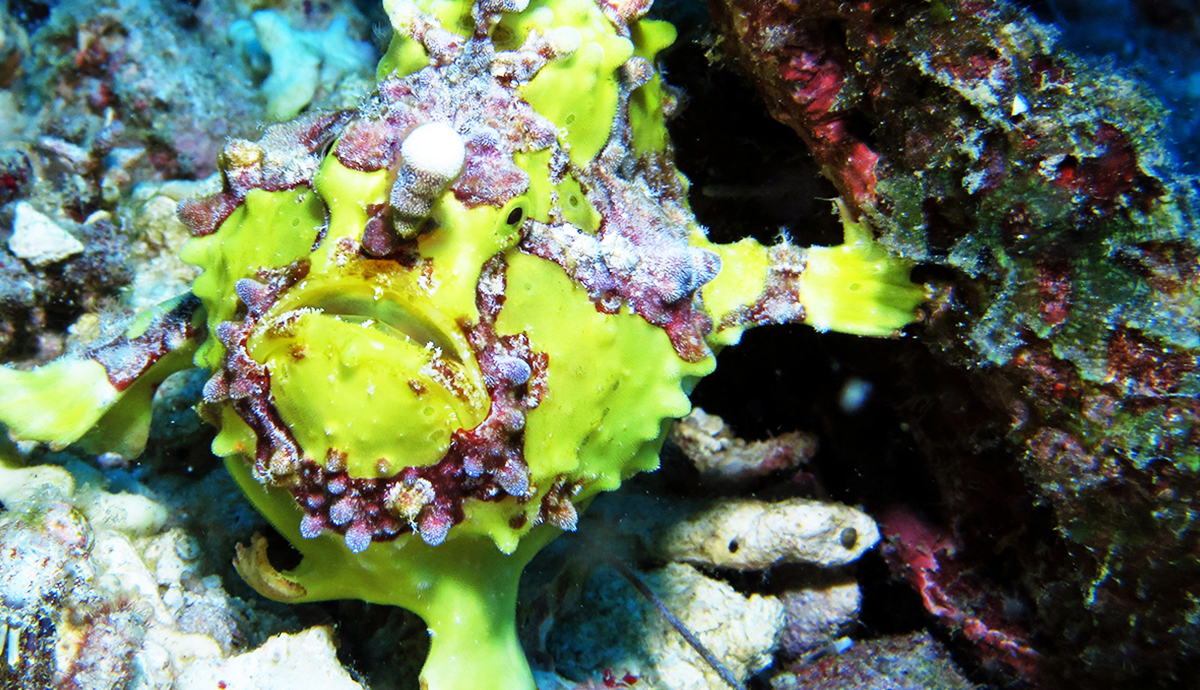 Romblon and the Sibuyan Sea

After spending two days exploring Ticao and other remote places around Masbate, the Big Sky Explorer then progresses its way to the eco-rich waters of the Sibuyan Sea, setting base for two days in Romblon. In recent times, Romblon has been fast becoming recognized as the top-tier macro/super-macro dive destination of the Philippines, even surpassing world famous macro capitals of Anilao, Dauin, and international counterpart Lembeh.

Acres of pristine coral reefs in Romblon are habitats for a plethora of muck and macro subjects including Severnsi & Ponhoti Pygmy Seahorses, spanish dancers, mandarin fish, and much more. The most sought after hard-to-find nudibranch Melimbe Colemani can easily be spotted by the dozen! Schooling fish such as jacks, fusiliers, bannerfish and surgeonfish are also typically seen in any Romblon dive. Eagle rays, blue-spotted sting rays, white and black-tip reef sharks, and green and hawksbill turtles are common, too. A blue hole in the waters of Romblon may also be explored, where divers are brought down to an inverted tunnel densely filled with soft and hard corals reaching as deep as 30meters before exiting into the open blue.

Moving northward, the vessel then reaches the distant island of Maestre de Campo also known as Sibale Island, where diving opportunities are endless. The lack of a dive operator within reachable distance makes liveaboard diving the only way to explore the island’s underwater treasures. Getting up close with pelagic fish, turtles, and exquisite corals are ensured when diving around Sibale’s crystal clear waters, while visibility normally reaches 35m. Dolphins, whale sharks, and manta rays are also casually spotted in these waters. 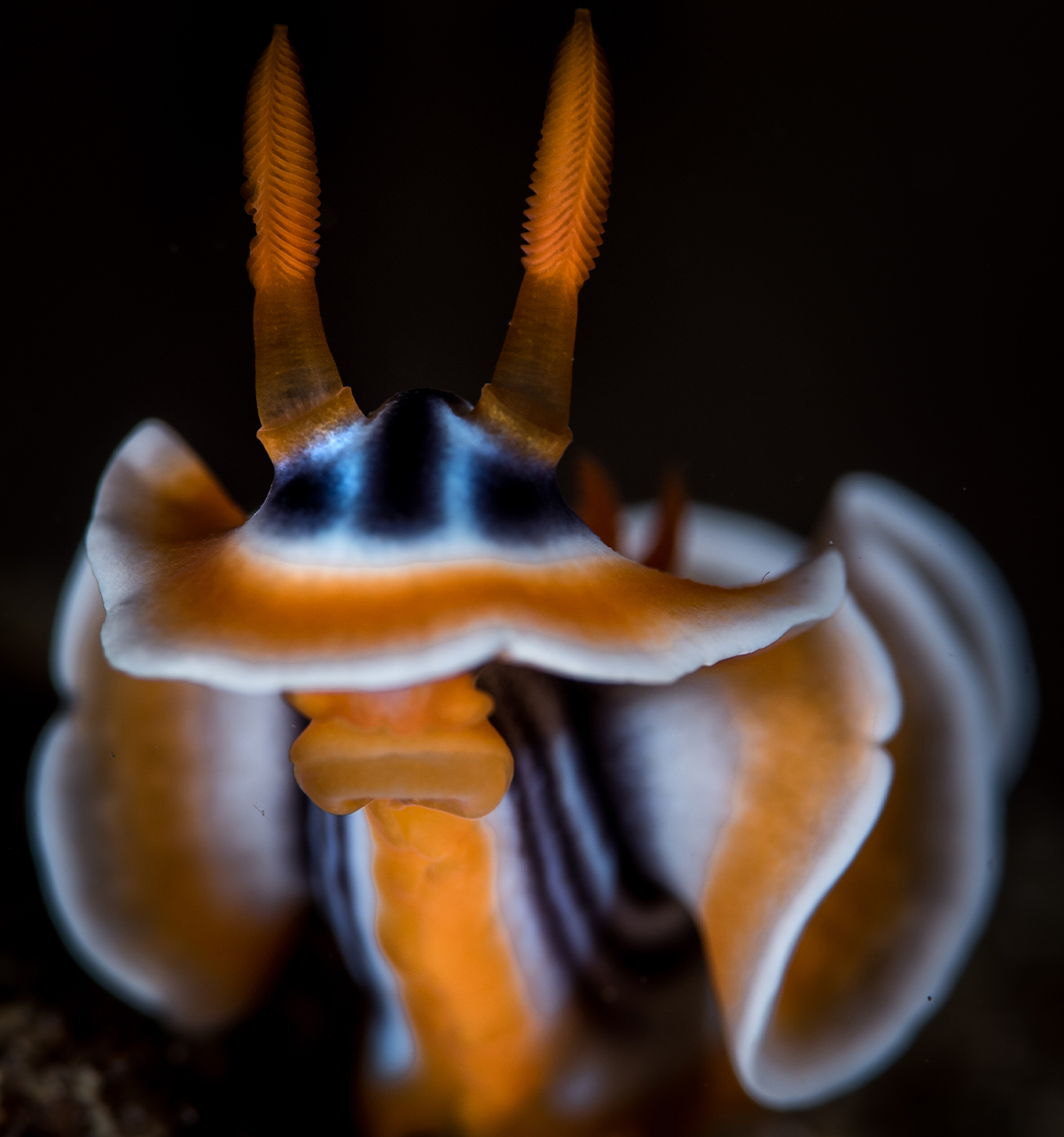 Moving closer to disembarkation point Anilao, the Big Sky Explorer eventually cruises its way to the Center of the World’s Center of Marine Biodiversity, Verde Island, to have divers experience the densest coral gardens and reef walls the whole world has to offer. The astonishing variety of fish and corals found in Verde Island is truly a remarkable wonder of nature and is sure to enthrall even the most experienced divers.

Macro critters such as frogfish and nudibranchs abound, while out in the blue, pelagics such as sharks, mantas, and tunas cruise around the area. Nearby Puerto Galera offers world class diving, from exhilarating drift dives to relaxing macro sessions.

Join our Tubbataha – Cebu Transition Trip and experience the most pristine dive destinations the Philippines has to offer all in one trip. Get to explore the more remote regions of Tubbataha’s marine protected waters, admire the country’s most successful marine conservation project, and marvel at expansive reef systems that are home to a plethora of marine life in crystal clear waters; the Tubbataha – Cebu Transition Route will definitely allow divers to strike items off their diving bucket lists. 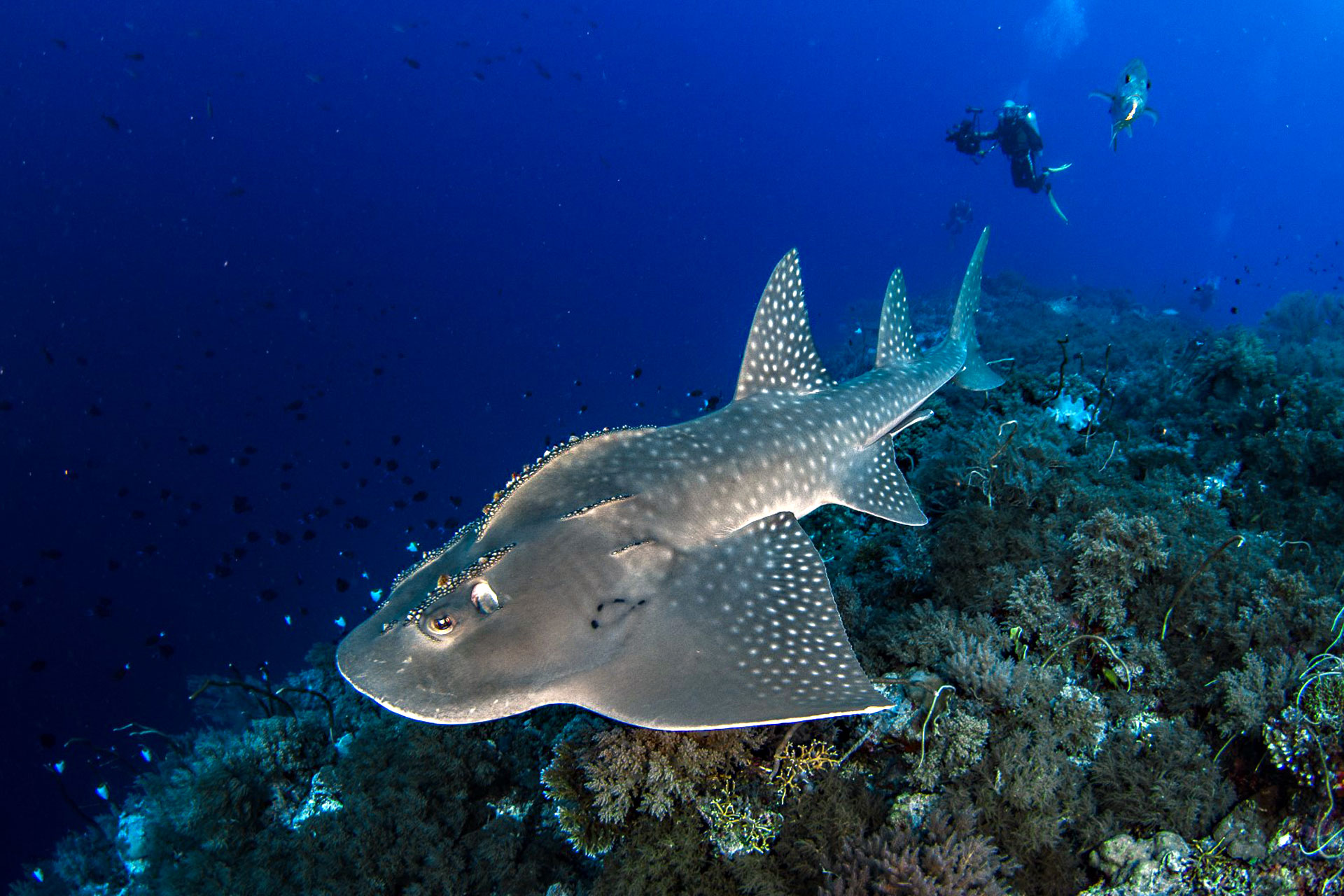 Join our Apo Reef – Tubbataha Transition Trip and explore two giants of Philippine diving. Marvel at the expansive reef system in Apo Reef; experience macro diving opportunities plus a chance to set foot on remote limestone islands; and spend most of your trip admiring the wonders of Tubbataha – the Apo Reef – Tubbataha Transition Route is a cruise opportunity that enables divers to experience two of the country’s best and most remote liveaboard destinations in one trip. 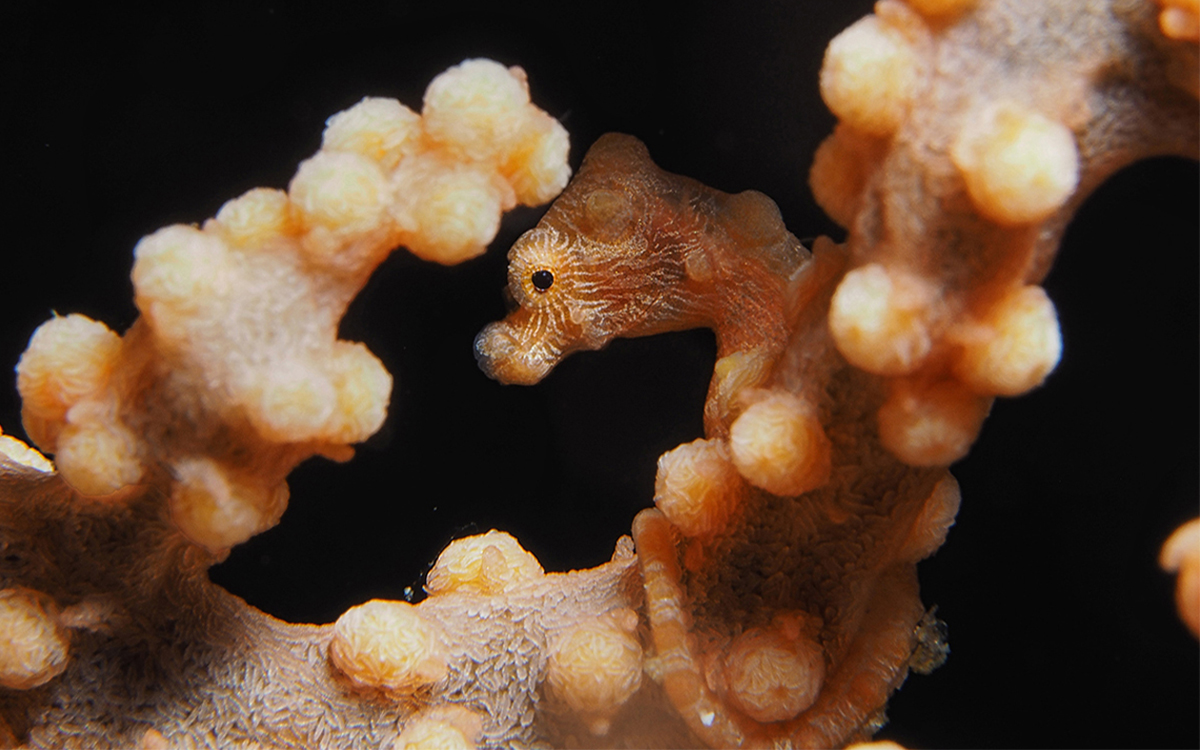