The Philippines in a Coconut Shell

The Philippines is a tropical archipelago consisting of over 7,600 islands, located in South East Asia north of the equator. Weather is fairly even all year round, with temperatures ranging from 27°C – 30°C in coastal areas, and 29°C – 32°C inland. The “rainy” (June to October) and “dry” (November to May) seasons summarize the annual weather pattern, while storms and typhoons occur more frequently during the wet months of July-August than any other.

Three major regions divide the Philippines; the northern part being known as Luzon, the central group of islands collectively recognized as the Visayas, and the southernmost and second largest island of the country, Mindanao.

Filipino is the national language, with most Filipinos speaking excellent English as well. The country is predominantly Roman Catholic (approximately 90% of the population), while in some areas Islam is the predominant faith.

Travelling to the Philippines 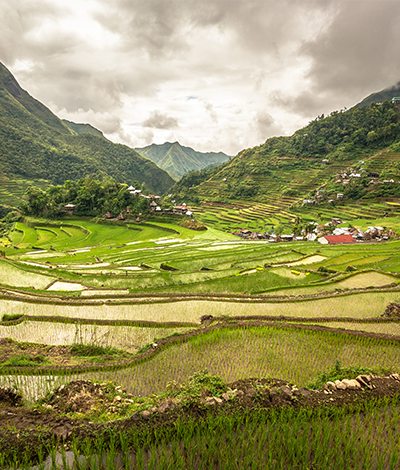 The Philippine archipelago, often regarded as the World’s Epicenter of Marine Biodiversity, spreads out in the shape of a triangle and sits at the heart of the Coral Triangle. It is bounded by the Philippine Sea to the east, the Celebes Sea to the south, the Sulu Sea to the southwest, and the South China Sea to the west and north. The archipelago stretches about 1,850 km (1,150 miles) from north to south, and has a landmass of approximately 300,000 square km, slightly less than the size of Germany. The island of Taiwan lies north of Luzon, while the island of Borneo is to the south of Palawan, and the eastern islands of Indonesia lie to the south and southeast of Mindanao. There are more islands are unnamed, and only some 350 have areas of 1 square mile (2.6 square km) or more. Three major regions divide the archipelago; the northern and largest island known as Luzon, the central group of islands collectively known as the Visayas consisting of Cebu, Negros, Bohol, Siquijor, Panay, Masbate, and Leyte, and the southernmost and second largest island of the country, Mindanao. 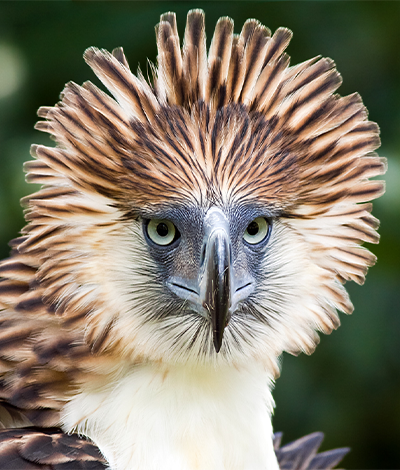 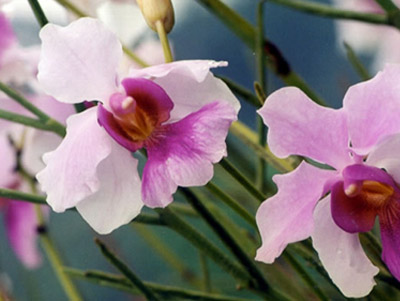 The Philippines is blessed with a diverse mix of mountain regions, jungles, and coastal areas. With such an environmental diversity, thousands of species of flowering plants and ferns could be found in the Philippines, including hundreds of species of orchids, some of which are extremely rare. Most of the Philippines’ vegetation is indigenous and largely resembles that of Malaysia; the plants and trees of the coastal areas, including the mangrove swamps, are practically identical with those of similar regions throughout the Malay Archipelago. The largest know flower, the Rafflesia, can be found in the rainforests of Luzon in the north and Mindanao in the south. The rare carnivorous pitcher plant Nepenthes can also be found across the archipelago.

The Philippines is inhabited by more than 200 species of mammals, including the water buffalo or carabao, monkeys, squirrels, lemurs, pangolins, and red and brown deer, among others. Skinks, geckos, and snakes are also abundant, and more than 100 species are endemic to the land. The country is also host to many species of bats, one of which is the giant golden-crowned flying fox, a megabat species endemic to the Philippines having a massive wingspan of 1.7m long and weighs over 3lbs. The Philippine crocodile is the largest species of crocodile and can also be found in the saltwater estuaries of the Philippines. Hundreds of species of birds live in the Philippines, making it an ideal paradise for bird watching. Prominent birdlife includes jungle fowls, pigeons, peacocks, pheasants, parrots, hornbills, kingfishers, herons, and quails. The North and South Islets of Tubbataha is also known to house colonies of boobies and terns, and serve as resting places for migratory birds such as the Chinese Egret. 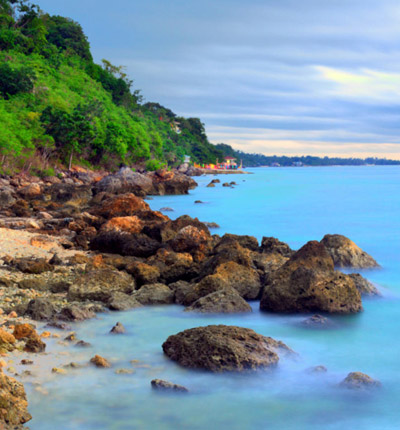 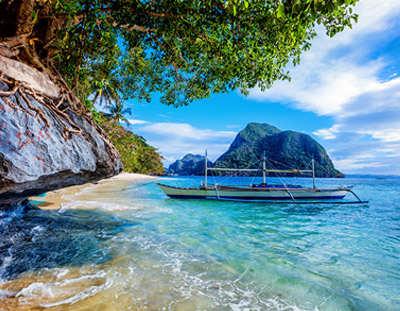 The Philippines is a tropical country and temperature remains relatively constant from North to South whole year round (27°C – 32°C). Seasons consist of periods of wet (Jun-Oct) and dry (Nov-May), where rain bearing monsoon winds (Habagat) blow from the Southwest from June to October, and drier winds from the Northeast (Amihan) blow from November to February.

Tropical cyclones or typhoons may occur in the Philippines between June to December, and occur most frequently in July and August. Most of these storms come from the east, and are heaviest in the Eastern and Northeastern provinces of Luzon, and the northern Batan Islands.

Water temperatures are constant throughout the entire country with averages of 26°C – 28°C. However, during the colder months of December to March, water temperature can drop to 24°C – 26°C.

Solid Seaventures Inc. schedules our trips along with the season making it ideal to travel with us whole year round. Priority is given to Tubbataha during the summer months of March to June while the Visayan Seas encounter calm waters during September to June. The Amihan (Northeast winds) season on the other hand makes it ideal to travel around Batangas and Mindoro, all the way to Apo Reef and Coron between December to March. The Habagat (Southwest monsoon) and Typhoon season from August to September is reserved for vessel maintenance and upkeep.

There are some estimated 180 native languages and dialects spoken in the Philippines, of which Tagalog is the most widespread language of all. The national language, Filipino, is heavily based on Tagalog and shares a place with English as an official language and medium of instruction. 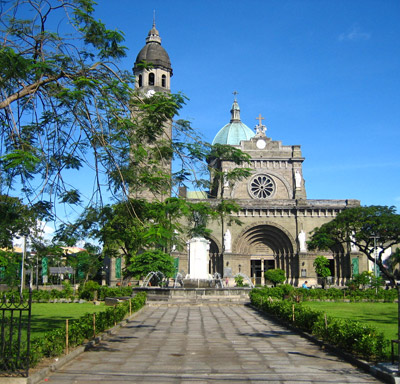 About 90% of Filipinos profess Roman Catholicism, while the remaining 10% account for Islam, Buddhism, and local religions maintained by rural indigenous people. Contemporary Muslim Filipino communities collectively known as Moros are largely limited to the southern provinces in Mindanao and account for about 5 percent of the population. Small numbers of Filipinos practice Buddhism, a religion associated primarily with communities of Chinese descent.

Religious conflict is known to occur in the southern region of Mindanao. Although situations have remarkably improved during the present Duterte administration, Solid Seaventures Inc. does not conduct activities near conflicted area for the general safety of our guests. 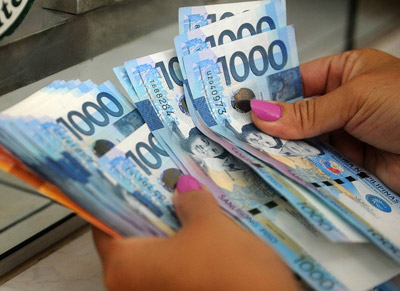 Credit and debit cards are widely accepted by hotel and restaurant establishments, while ATMs are also easily found throughout the Philippines. However, when travelling away from major cities, you may be asked to pay for a service fee that ranges between 3% to 5% for the use of your credit card. Likewise, a fee may also be charged when withdrawing money from ATMs in rural areas.

Temporary visitors from certain countries are allowed to enter the Philippines without a VISA for a period of stay of seven (7), fourteen (14), or thirty (30) days or less, provided they hold valid tickets for their return journey to port of origin or next port of destination and their passports valid for a period of at least six (6) months beyond the contemplated period of stay. Citizens of China and India must arrange a tourist entry visa prior to travel to the Philippines or entry will be denied. Please refer to www.dfa.gov.ph for more accurate details.

Domestic terminal fees in the Philippines range from P20 to P250, while international terminals charge between P500 to P850 for outbound flights.