This special itinerary gives guests enough chance to fully experience the wonderful underwater glory the region has to offer, with the unique opportunity to explore the lush Mindoro jungles heading up to memorable waterfalls and tribal village encounters. Compact yet filled with unforgettable adventures, the Puerto Galera, Isla Verde and Anilao cruise is a complete liveaboard experience ideal for the spirited traveler.

In the bountiful island province of Mindoro lies Puerto Galera, home to one of the Philippines oldest diving industry and to a myriad of marine life and colors. Over thirty world-class dive sites are found in this marine sanctuary, giving divers a multitude of choices as to how they wish to go about. From exhilarating drift dives to relaxing macro sessions, Puerto Galera is completely equipped in every diving discipline.

The interiors of Mindoro are also blessed with lush jungles and tropical waterfalls, and a visit to the local tribe villages (Mangyans) is sure to give added value and sentiment to our guests overall experience. Our cruise itinerary includes a day adventure on land to give our guests not only the chance to experience the underwater jewels of Mindoro, but also appreciate the wonderful lush scenery and endemic culture of the island.

Across the channel some nautical miles away from Puerto Galera is Isla Verde, a natural treasure located between the provinces of Batangas and Mindoro, known as the Center of the World’s Center of Marine Biodiversity. The astonishing variety of fish and corals found in Verde Island is truly a remarkable wonder of nature and is sure to enthrall even the most experienced divers.

Lush coral gardens and spectacular walls are home to schooling jacks and surgeonfish, while out in the blue, pelagics such as sharks, mantas, and tunas cruise around the area. Macro critters such as frogfish and nudibranchs abound, and endangered species such as Napoleon Wrasses and green sea turtles call this place home.

A place of outstanding natural beauty, Anilao’s underwater multitude of colors are some of the most popular diving sites in the country. Virtually every variety of juvenile fish and critter imaginable can be found in Anilao. An underwater photographer’s paradise, Anilao is also famous for the number of species of colorful nudibranchs that reside in its dive sites; hence the title fondly given as the Nudibranch Capital of the World. One may also expect to see more than macro subjects when diving Anilao, such as schooling jacks, snappers, sweet lips, a variety of scorpionfish, sea turtles, rays and reef sharks among others.

For those who wish to have an extended vacation with us, we offer an Anilao extension package pre or after cruise via special boat charter on a daily basis, or land-based arrangements with any of our partner resorts.

The Center of Marine Biodiversity 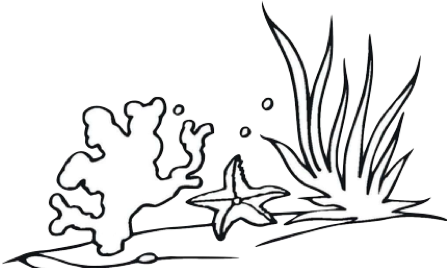 The Verde Island Passage (VIP) has the richest marine ecosystem in entire coral triangle and is recognized by the Smithsonian Institute as the World’s Epicenter of Marine Biodiversity. It has a total marine protected area of more than 16,000 hectares which includes coral reefs and mangrove forests.

Home to an impressive array of marine life, the waters of the VIP continues to yield new species to science by the day further underscoring its biological significance. Aside from having the densest shore-fish biodiversity in the entire world, the VIP is also home to a number of pelagic creatures such as dolphins, whale sharks, sea turtles, manta rays, and various shark species.

Considered as one of the most productive ecosystems in the world, the VIP is the backbone of the region’s economy, thriving upon coastal tourism activities, fisheries, and shipping. As its role in economic development grows, it is becoming increasingly threatened by illegal and destructive fishing practices, pollution, unsustainable land use and irresponsible tourism.

With resilient efforts by the government, private groups, and local communities, more people are now aware of the importance and the vulnerability of the VIP conservation plans and activities to actively safeguard the passage and its environmental treasures.

*Actual route is subject to change under Cruise Director’s discretion and/or in the event of change in weather or other unforeseen circumstances. 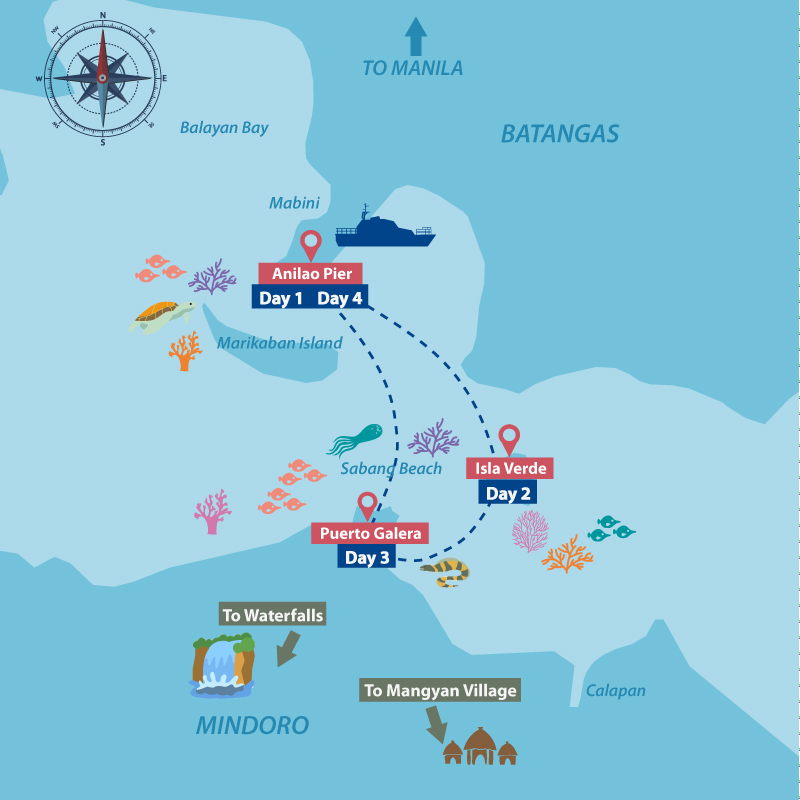